A Day in the Life of Disney's International Cultural Representative 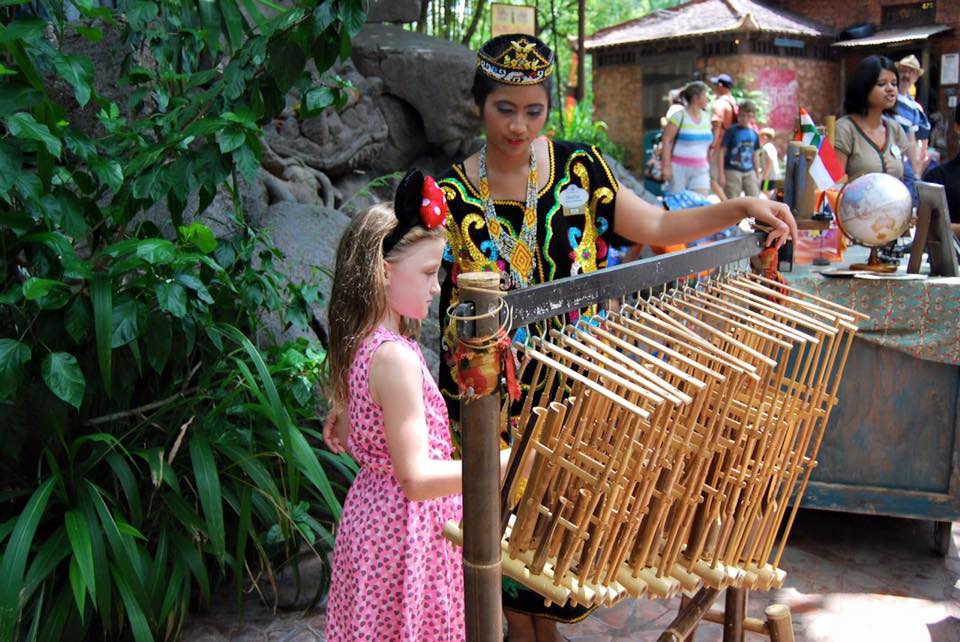 Today I started a new series on my blog with a title ‘A Day in the Life of…” I love reading and following people’s career journey. Not only I find them inspiring but it also motivates me if some people can be incredibly lucky to do what they love, and so can I. From a very young age watching my Mom teaching from one university to another wearing her power suits, I knew I wanted to be like her someday. Strong, independent, confident, loving, and caring. Left Indonesia in 2008, I decided to pursue my career in the entertainment industry and eventually the long road led me to Disney World, Florida. Even though this happened five years ago but I still remember every little detail on how I landed a fun role as International Cultural Representative at The Walt Disney World. A dream job that I never knew exists out there. But of course Disney didn’t happen overnight. One evening in 2014 I remember coming home from work feeling exhausted and miserable. I didn’t really like my new job as a marketing executive at this fancy restaurant. I thought I could explore so many things but later I found out my boss didn’t trust me so he tried to micromanage everything and ended up giving me easy tasks. I got frustrated and stuck. I wanted to learn and grow, doing cool things that matter. So I sit down in my room, grab a piece of paper and write down everything I’ve always wanted to do in life. First thing first, I want to work in the biggest entertainment company in the world. The Walt Disney Company, what else? With my passion for culture and people, I’d love to do something related to entertainment but also Asian culture. I don’t know what it is exactly, but I believe this role must exists somewhere out there. Second, I want to visit New York City. Third, of course I want to explore and learn as much as I can about the entertainment and creative industry. Then I stuck the little piece of paper on the wall and every night I’d come home reading my goals. I’d also reach out to as many as people working for Disney that I found on Linkedin. One VP guy replied my email and introduced me to another VP girl and from there she gave me a little information about Disney actually hires and sponsors Asian people under a special International Program. I looked up on internet, did a lot of research about the program and finally found the position I’ve been looking for on Disney’s website. I sent around three applications, did one interview with a sweet angel who gave me opportunity to work for Disney, received my offer letter in the same day and the rest is history.

Disney’s International Program is a special program designed for people from around the world to experience what it’s like to work for Disney. You can find many programs here, from guest relations, to culinary, to park operations, etc. It’s almost like a paid internship, except it’s so much better because basically you get paid to play in Disney for free. With my role as a cultural representative, you get talk about your culture, organize fun events, and making magical moments in Disney World. I didn’t really understand my job description at the beginning until I packed my bag, left Indonesia for Orlando ( even had the most amazing 24 hours transit in NYC ) and officially started a new chapter in the happiest place on earth.

My first week in Orlando was quite busy, a little overwhelming. From doing medical test, to applying for social security, to shopping at Walmart, then getting your uniform and meeting your boss and colleagues. But it was super fun. I remember walking into Disney’s Animal Kingdom Cast Services building with eyes wide open, my heart beats so fast like a little girl visiting Disneyland. So much excitement! I saw racks of beautiful costumes, people attending auditions, cast members designing costumes, oh it was magical! Especially coming from Jakarta where entertainment wasn’t huge at that time, Disney is just another world for me. I didn’t watch a lot of Disney movies when I was a kid but I love how Disney turns imagination into reality and I’ve always wanted to do cool things that matter like that.

So after few days attending a couple of trainings ( and four days off in Miami ), I started my new role as ( Indonesian ) International Cultural Representative. Wearing beautiful kebaya or Indonesian traditional costume, I was responsible for introducing Indonesian and Asian culture to the guests in Disney’s Animal Kingdom. My morning shift would start around 9 am. I’d set up our props from a music instrument angklung, a couple of pictures of Indonesia, books, to puppet on a small table. Then as the park opens, together with other cultural representatives from Thailand, India, and Africa, we’d greet the guests and educate them more about Asian & African culture. From teaching them how to play Asian music instruments to performing Balinese dance and answering all the questions about Asia & Africa, we are so lucky to represent our countries, introduce our beautiful cultures to the world…with bonus: we get to meet people from around the world! We’d also get a chance to see everything happens behind the scene of the Festival of Lion King, Finding Nemo, Expedition Everest and many more. I don’t think I have any complaints about the job except it gets extremely hot in summer, but overall I am happy how my curiosity and hard work led me to Disney World. Grateful to experience all the cool things Disney has to offer for free, how it’s like to live and work in the USA, but most importantly I found new family, support system, and sisters in Disney. The best gift ever!

Next time you find yourself unhappy with your job and deep down you know you deserve and want to do big things, do not ignore that voice! Even though you can’t quit your job right away, you can always find time to apply for that dream job, reach out to more people…do anything that gets you closer to your dream. Just like what Walt Disney said ‘All our dreams can come true, if we have the courage to pursue them.’ 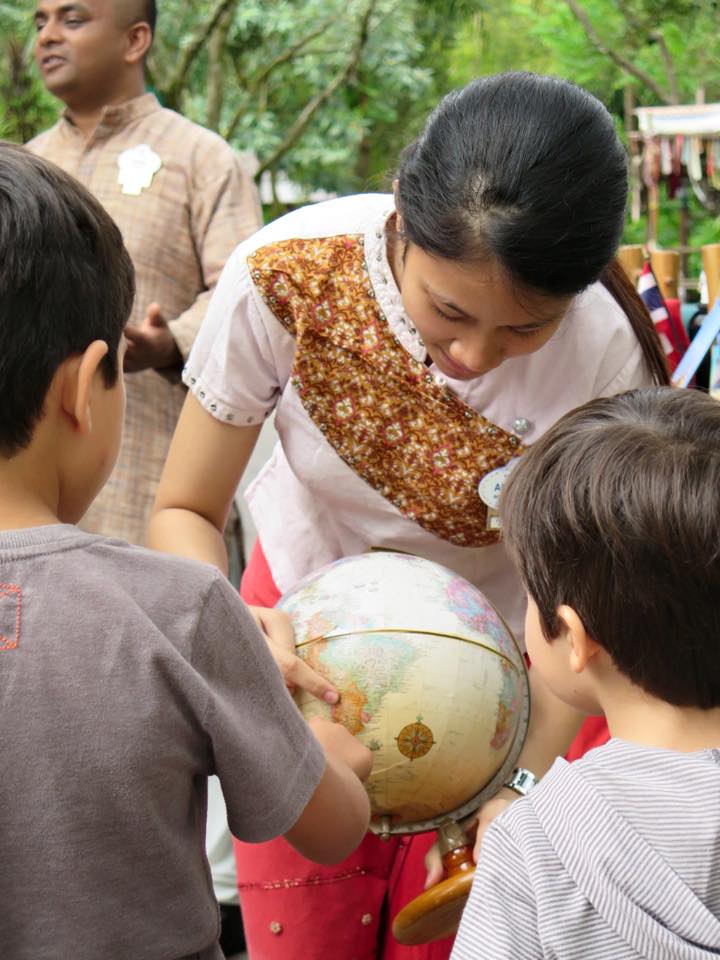 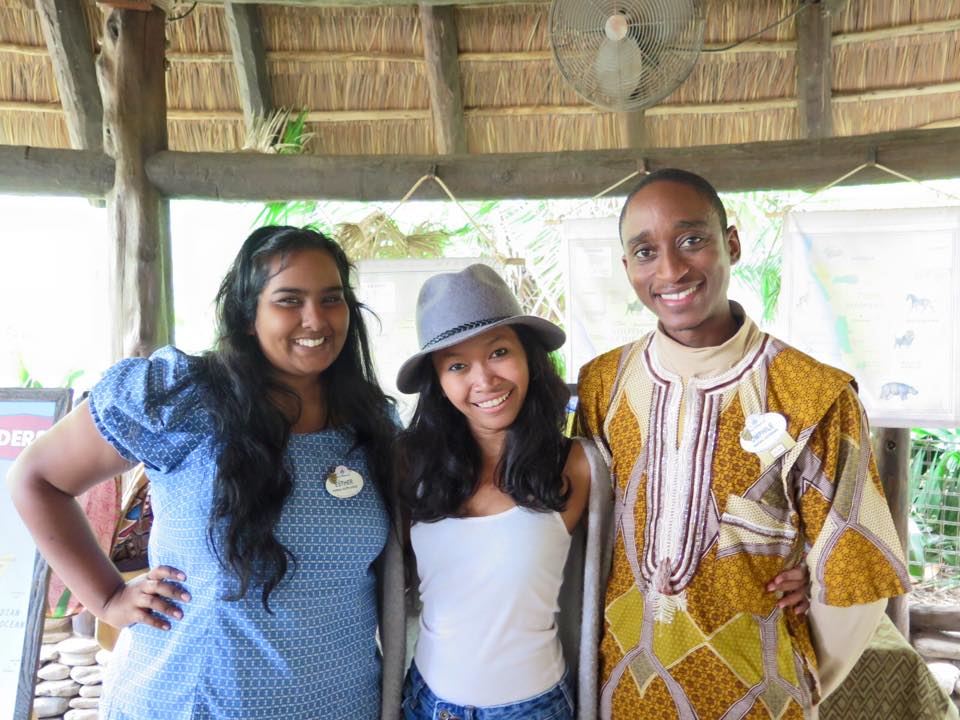 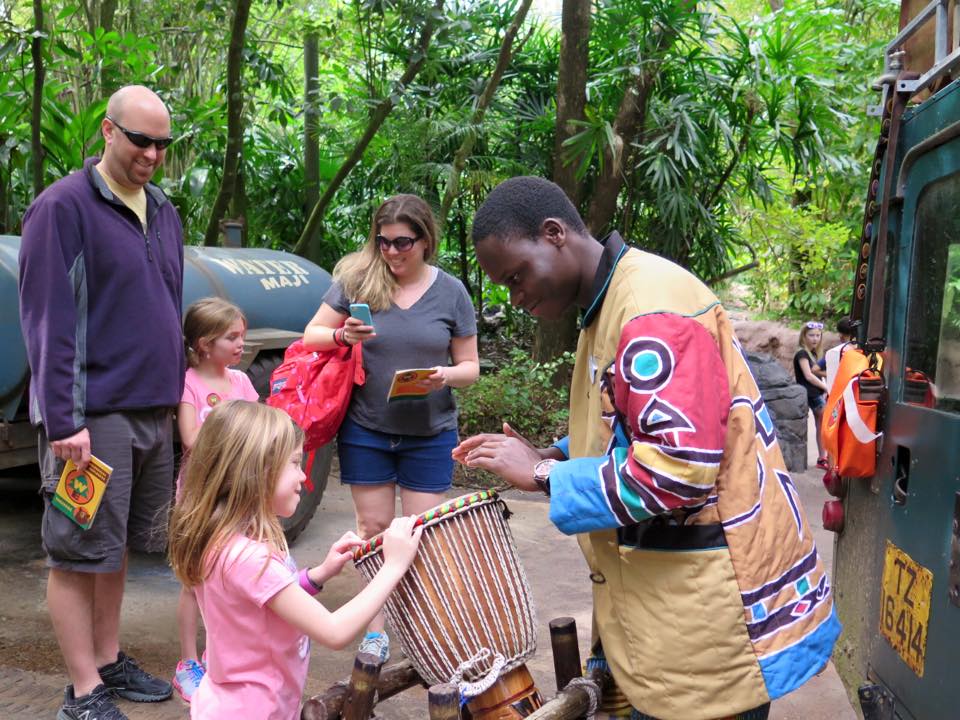 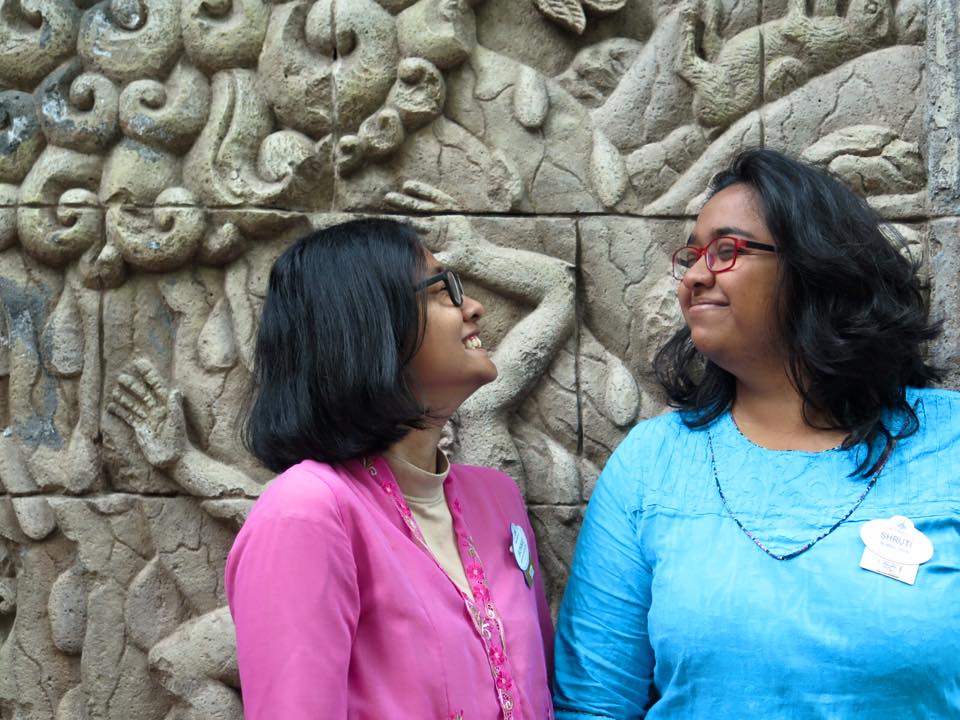 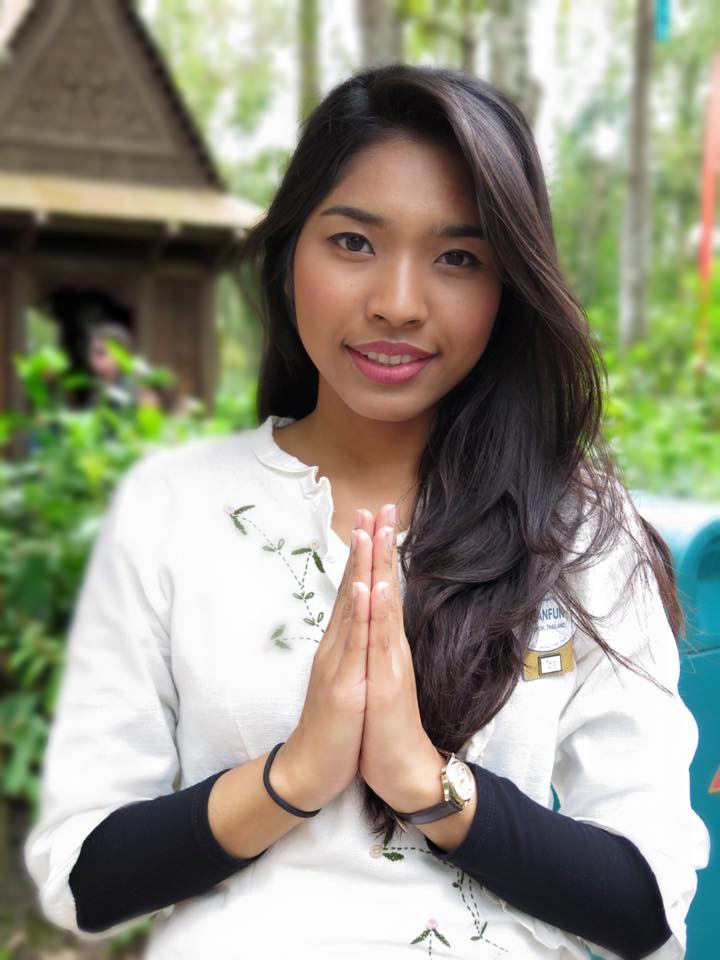 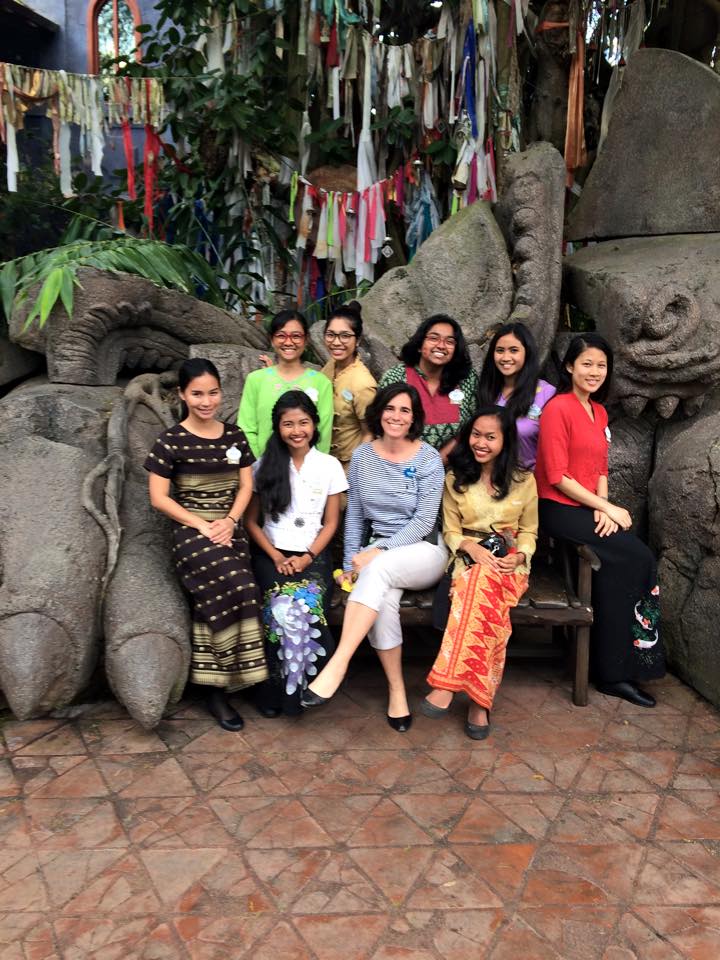 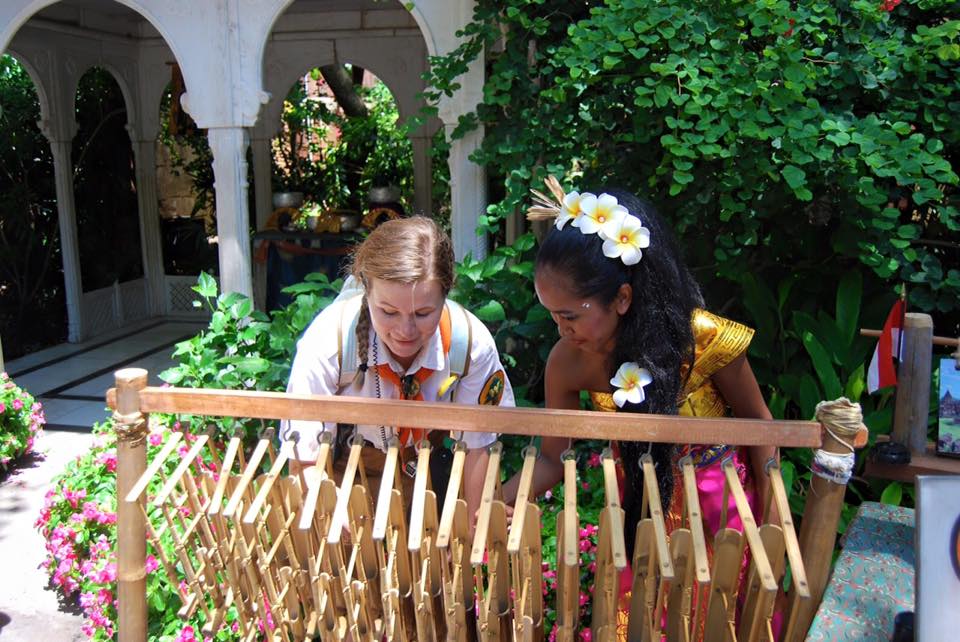 Posted by travelagys at 6:18 AM