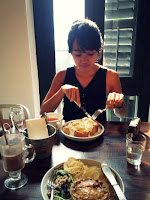 To continue her previous post at Travelagys, guest writer Retno Hadiningdiah would love to share with you about her adventure in Rome.


Spending christmas in Rome can be magical, but perhaps not for those who are after reliving their drunken christmas moments in college. Mainly because there are too many things to do and see to get into the holiday spirit that blacking out your way through your stay would be a really bad idea. Like eating-McDonalds-when-you-travel bad.

Just before I flew to Rome, I had a layover of more than 10 hours in Dubai on my way to Rome, and apparently that entitled me to a complimentary airport hotel stay provided by Emirates. If you didn’t know this, Emirates provides complimentary accommodation for passengers with a connection time until the first available flight of more than 8 hours for Economy class passengers — or 6 hours for First and Business class passengers — and less than 24 hours upon arrival in Dubai. Handy though they wouldn’t assign you this free accommodation unless you contact them and ask for it.
Now to get to the Termini Station from Fiumicino, you have to take the Leonardo Express Train which costs €14 officially. Make sure you don't fall for the unofficial resellers and got ripped off on christmas eve like I did. There are many  booths and it can get confusing but it shouldn't be that hard to spot. I wasn't upset or anything though, I was very much into the christmas spirit I forgot to demonstrate my newly practiced Italian word “Grazie” to the first person I saw in Europe — the immigration officer. Disappointing the Italian and French for Beginners Apps on my phone I had befriended prior to this trip.
I eventually managed to get to the bed and breakfast in San Giovanni (2 stops away from Termini Station) in one piece after getting lost a bit and having my friend and my host pitied me enough to pick me up. The b&b was nicely located — it gave us the option to walk everywhere (20minutes to Colosseum) — and our host was really nice, going out of her way to bake us Pandoro and Panettone (typical Italian christmas cake) for breakfast along with boiled eggs, toasts and a selection of cereals that was included in the €25/person per night we had to pay for the private double bedroom. 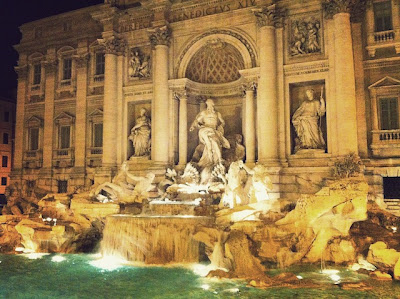 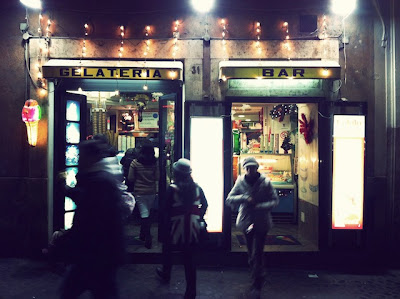 We quickly explored the area and got lost a little in the labyrinth that was the alleyways of Rome, bumping into Fontana di Trevi in the process. My friend threw one coin while my greedy self threw two, only to be told a couple days later by a traveler we met that 1 coin means you want to come back to Rome, 2 coins means you want to meet an Italian, and 3 coins means you want to marry an Italian. I was glad that the Universe agreed I wasn’t ready for a marriage yet.
To be doing midnight mass in the Pantheon in Rome was surreal. We decided not to spend christmas eve in the Vatican because we figured it would be too crowded while Pantheon would be much less crowded, providing a more intimate experience. Pantheon didn't disappoint, the mass lasted for an hour and was held fully in Latin which I think contributed to how mystical and entrancing it was. During our whole stay, we went to a lot of churces —or basilica as they call it here— so much so that it was nearing painful to try to keep track of all the names. I might have been a religious person had I been raised in this city. Surely the act of praying would’ve been more enjoyable done surrounded by pretty decorations, but there was just something solemn and otherworldly in the air.
Metro stopped operating early in the afternoon on christmas day and on the 26th. I no longer felt clever for having bought the 3 day metro pass and saved a couple Euros. What this taught me though, was that no map or set itinerary was needed in order for one to appreciate this city. Whichever direction you walk, you’d see something that would take your breath away literally every 10 meter. You’d get tired of constantly stopping and gasping. You’d secretly hate the Universe for not letting you be born in this part of the world. I wonder if the people that live in Rome still get the same effect every time they look at these buildings? Or has it become so normal they’ve grown immune to the prettiness that is around them? 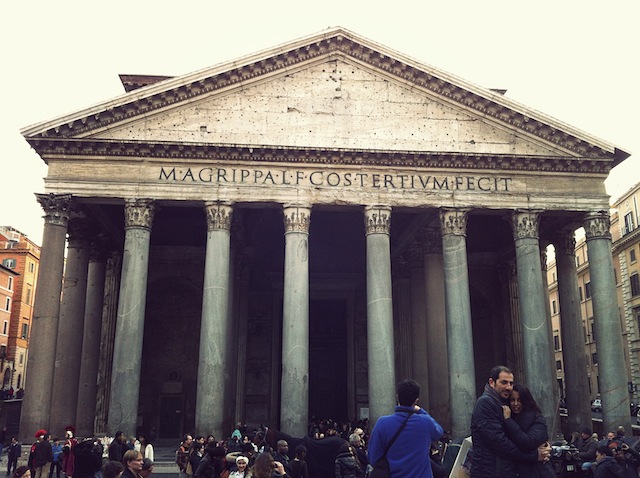 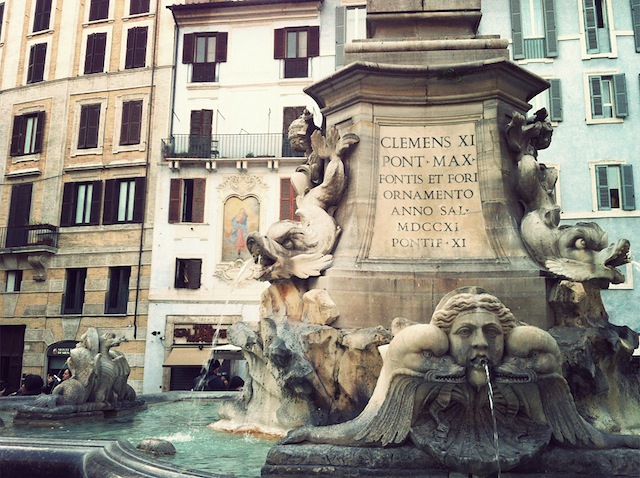 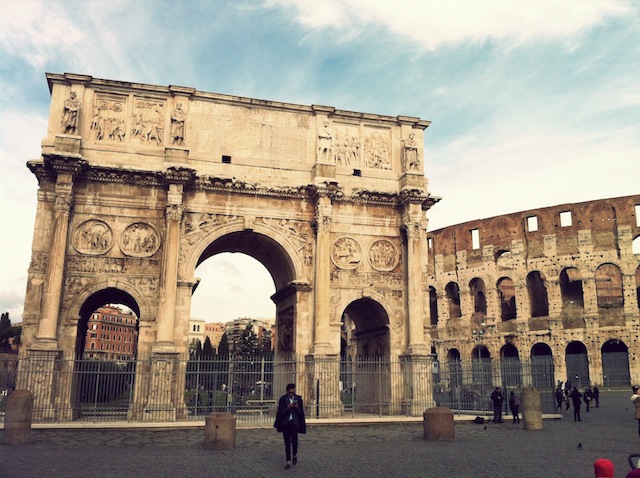 If by now you agree that there are too many things to do to get into the holiday spirit then go early to the Colosseum and don't be the failure that I was — getting up late and got there only to find a massive line up and refused to pay the overpriced skip-the-line ticket. Gaze at Arch of Constantine and walk along Via dei Fori Imperiali that connects the Colosseum, the Roman Forum and Piazza Venezia where the opening scene of To Rome with Love had taken place. Look like a tourist and stop for a bite of chocolate Tartufo — Italian ice cream covered in chocolate shell. Check out an area called Monti — southeast of Roman Forum — with lots of cool shops and cafes where the young and hip urban kids hang out, pretend you're a local while ironically looking super touristy. Go to Piazza Navona and got carried away by the liveliest christmas market in town. Sit around at the Spanish Steps at Piazza di Spagna and wonder why bubble jacket is so popular in Rome. Go to Trastevere and indulge the cinematic atmosphere. Order a latte and got asked “Bianco o macchiatto?”, get confused and slowly learn how to properly order your coffee in Italian. Got lost because there is another area called San Giovanni di Dio that people mixed up San Giovanni with. Visit what used to be Largo di Torre Argentina in the old days — the place Julius Caesar had been assasinated more than 20 centuries ago — and watch it inhabitated by hundreds of cats that are very much alive roaming around freely. Go to the Vatican museum and send out postcards from the post office within the museum because it's cool. 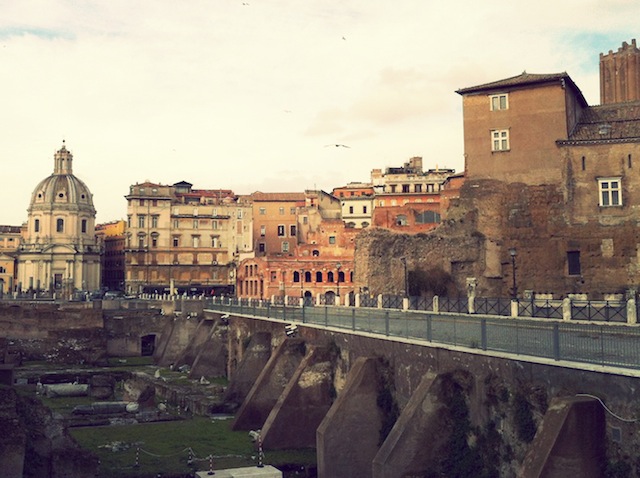 It’s true when people say no words would be sufficient to describe how amazing Vatican museum is. The ticket I had booked online were worth more than the €2 extra I had to pay as we breezed our way in past what looked like the longest line I had ever seen in life. The experience was shamely ruined by how many people were in there. Walking and moving was hard, I found it too overwhealming I just wanted to get out after having my postcards stamped. We headed over to St. Peter’s basilica and decided we didn’t have enough time to line with the crowd. So instead, we rushed to grab our luggage and headed to Termini where we were supposed to catch a train to Florence to meet up with some friends of my friend and go to the next city.

The train ticket costed €40 each when we bought them 10 minutes before its departing time. We didn’t get them sooner because unfortunately Trenitalia wouldn’t accept non-Italian credit cards, whereas, had we bought them earlier, with the same amount of money we could’ve gotten seats in the business class. But that wasn’t my concern. Now that I actually had time to sit in this moving train and not do anything, I remember I was still sick from the cold I caught my second day in Rome and ironically enough blacked my way out through the ride after downing 2 Panadol pills — the whole time feeling lucky I didn’t encounter any of the infamous pickpockets in the city where all roads lead to. 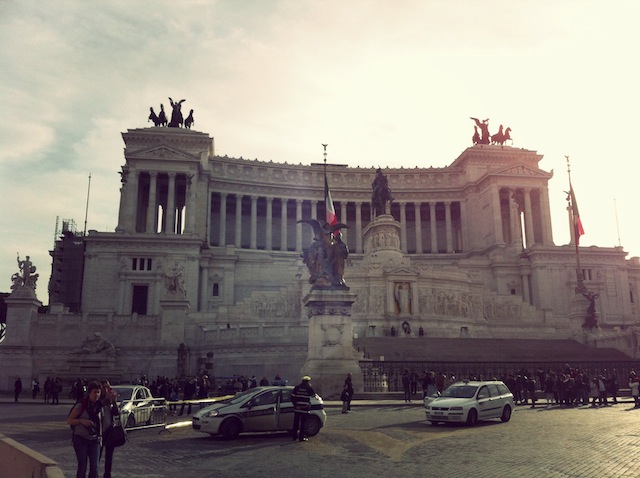 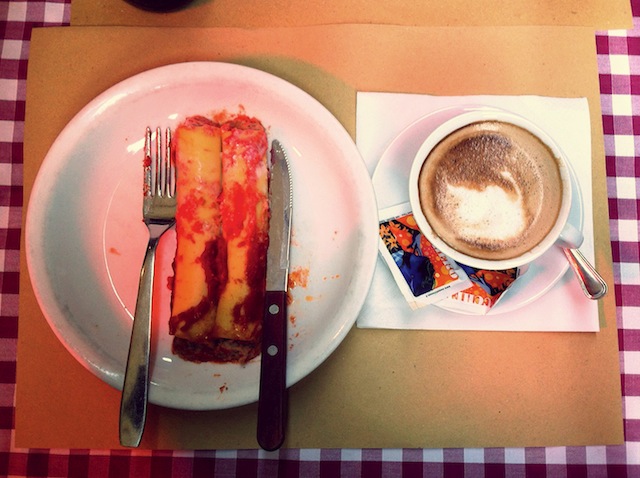 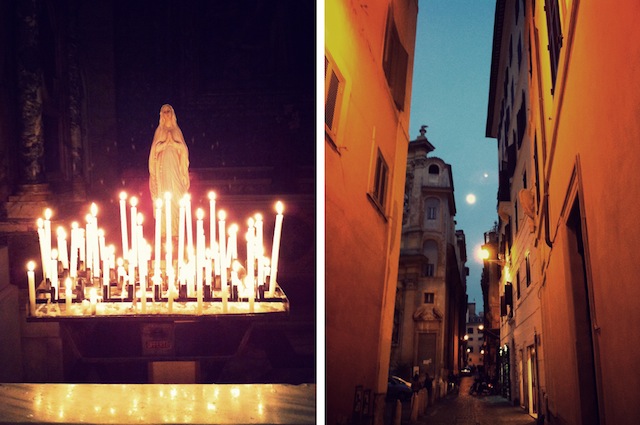 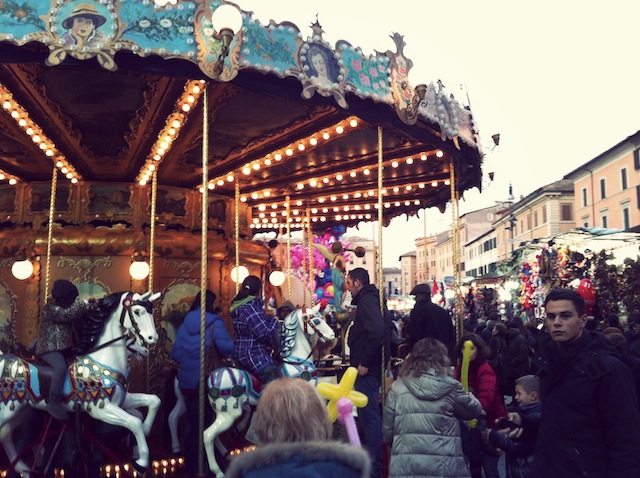 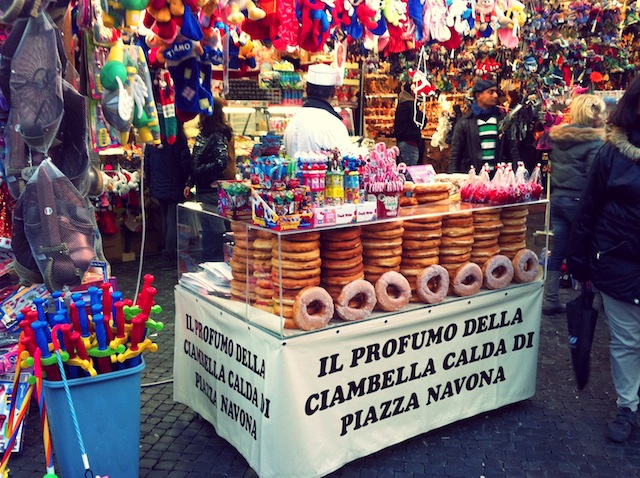 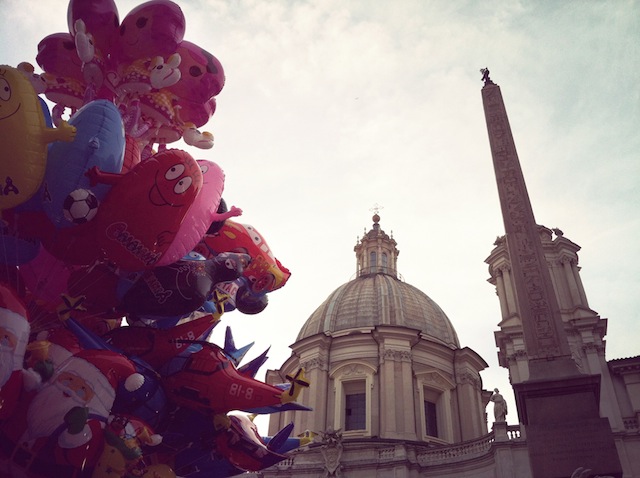 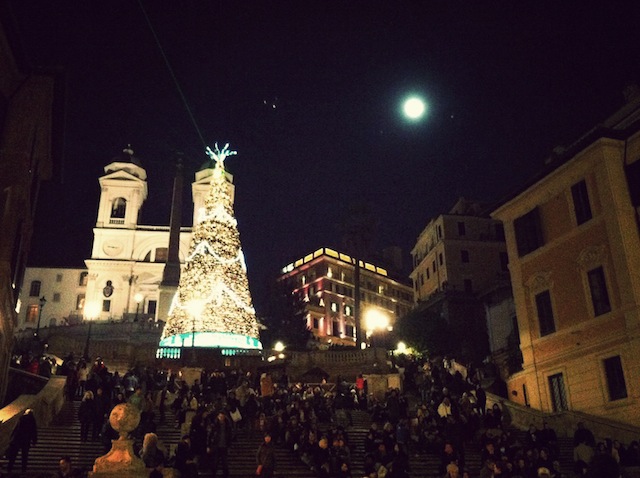 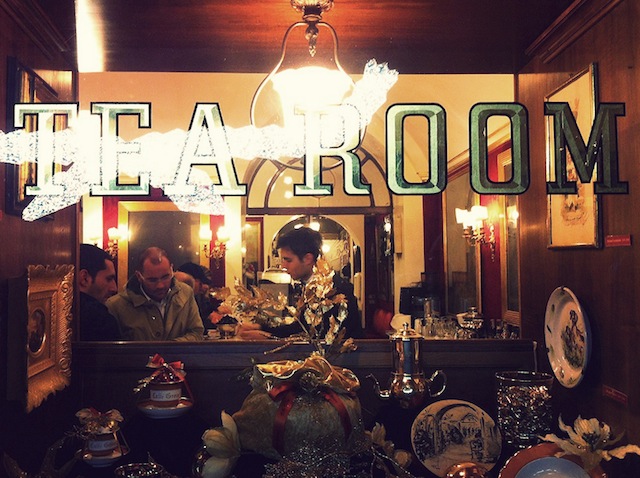 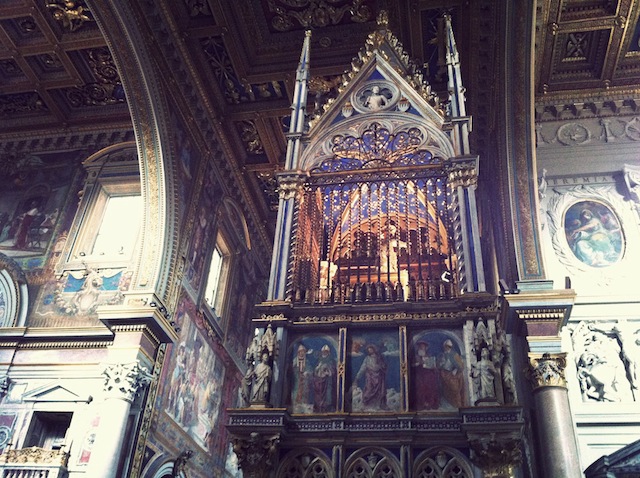 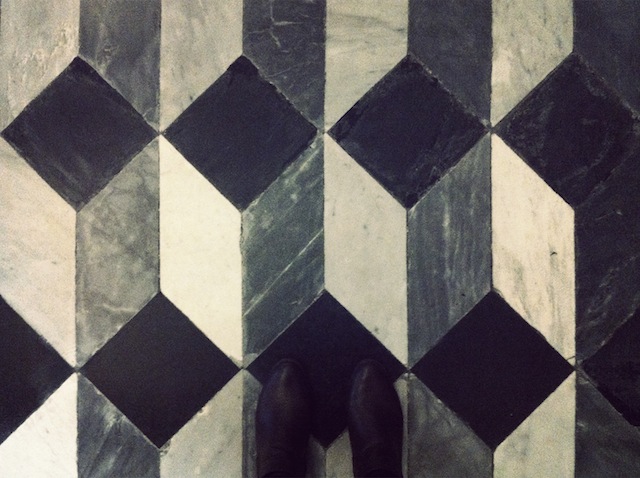 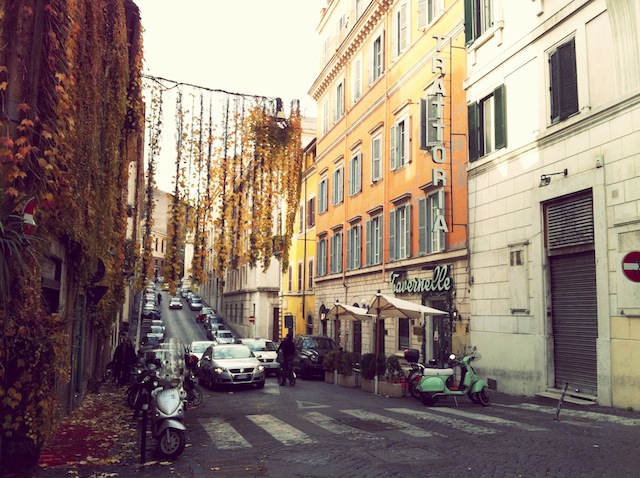 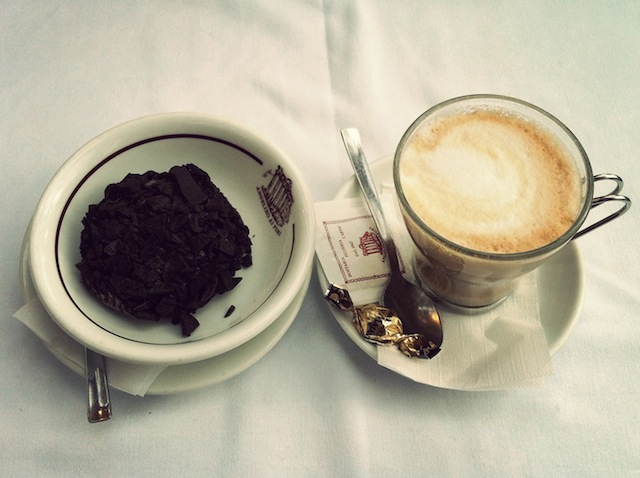 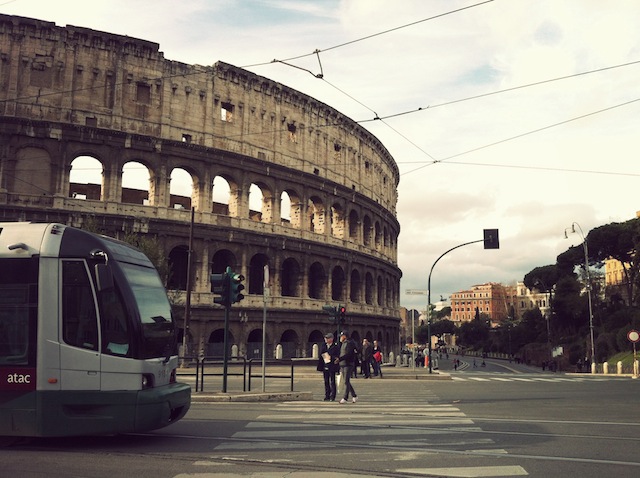 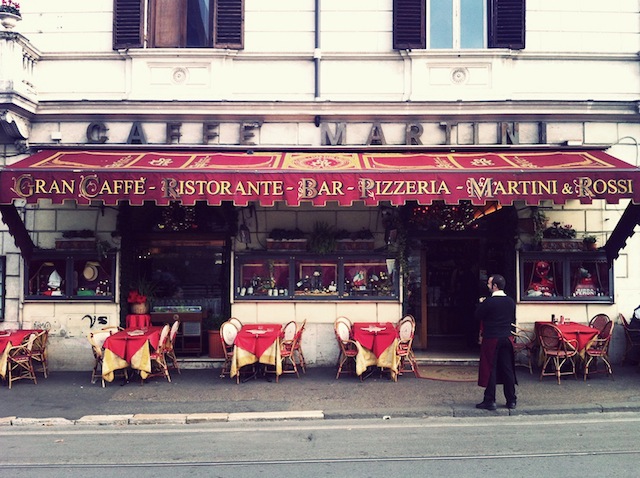 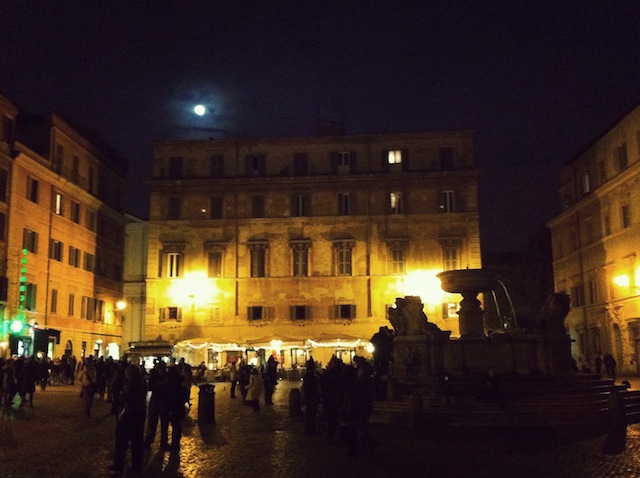 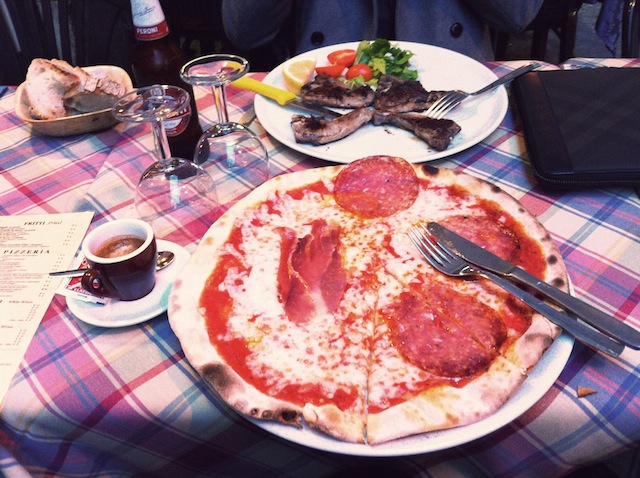 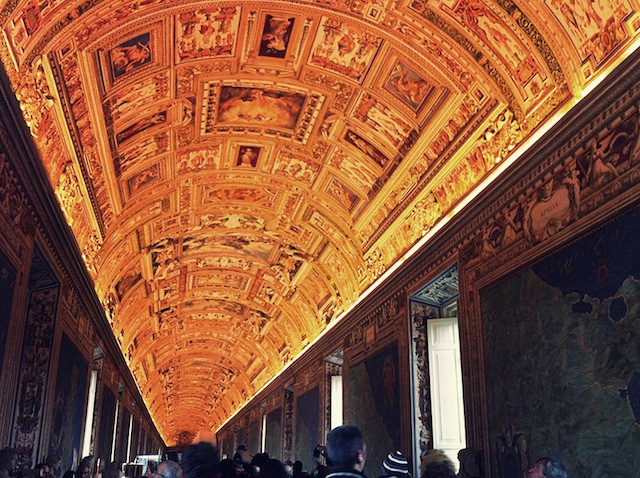 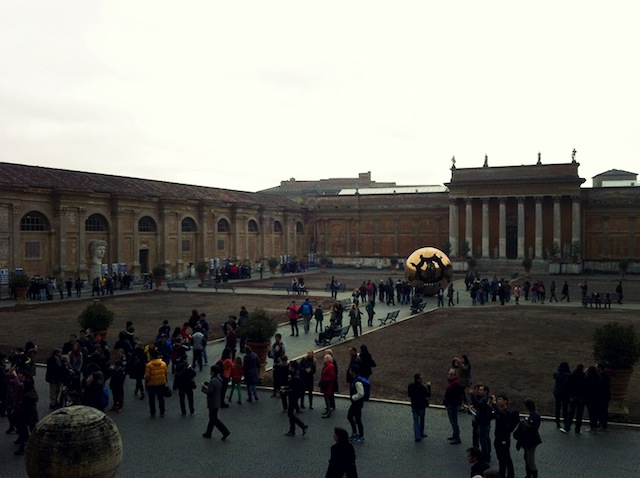 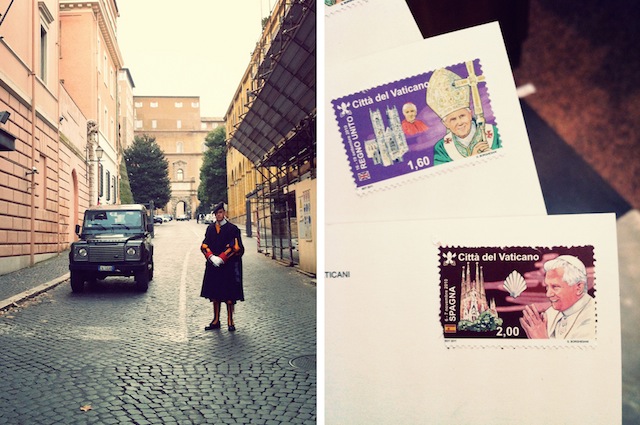 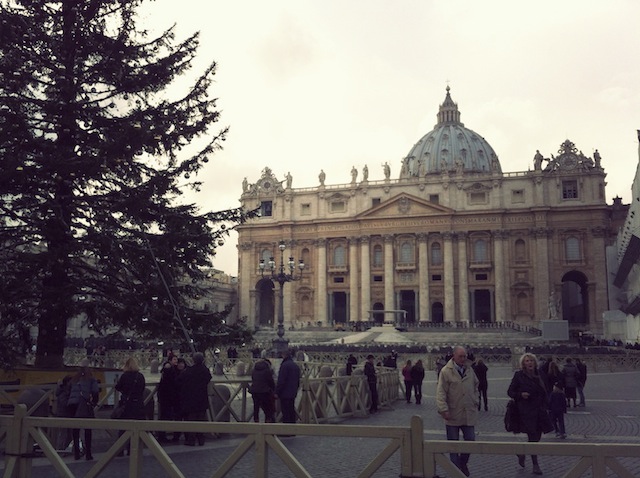 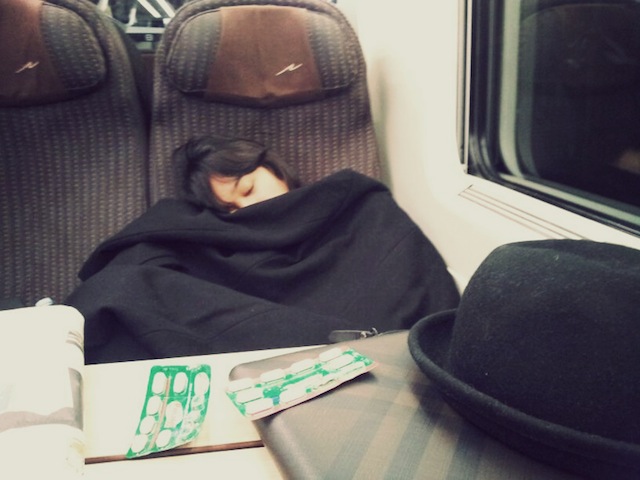 Posted by travelagys at 2:33 AM